Moisture and mould problems are inherent in many homes, boats, and caravans. It’s important to arm yourself with an understanding of how moisture accumulation resulting in mould can be affecting your health.

This will help you make informed decisions and take action to ensure you have a healthy home. Our mission at Pingi is to ensure that our customers receive superior customer service, advice and quality product solutions to reduce moisture and mould problems.

We will touch on what mould is, how it is caused, why it’s a problem, and we will give you advice on eliminating this problem.

Mould is a general term used to describe types of fungi that grow indoors and outdoors. Moulds are a naturally occurring organism which plays an important part of nature’s ability to recycle. Mould spores are invisible to the naked eye and multiply in moist conditions which are often humid and poorly ventilated. When enough mould grows in a location, it will begin to show, sometimes in different colours in different locations.

What are the causes of mold?

Moisture and mould are closely connected. The main cause of mould is moisture. Moisture accumulation is common in many areas of the home for a wide range of reasons. Mould will often grow on organic matter and in humid, moist, poorly ventilated and dark conditions. Whilst mould is part of the natural environment, indoor mould growth is hazardous to your health, and can induce a range of allergies and respiratory illnesses. It is also important to note that whilst you might not be able to see mould, you may still have a mould problem, as it is impossible to entirely remove moisture sources from a building.

Mould growth is often also caused by building defects and/or condensation. In particular, less ventilated buildings result in moist air being trapped and this leads to mould growth on walls, furnishings, clothes and other valued possessions. Often appliances within a home can also be inadvertently contributing towards increased condensation and mould.

Washing machines, dishwashers, driers, and showers can contribute significantly towards increased moisture levels in a home. This is all to do with daily activities and chores.

Water damages within the property, whether from an external leak, from an appliance, or from a burst pipe, if not dealt with adequately when wet, can also create mould issues. Water damages should be attended by a restoration professional as quickly as possible to reduce the likelihood of mould issues in the future. If you are located in Sydney with water damage, we would recommend Chem-Dry QuickDry who are one of the main restoration companies used by insurance companies, commercial businesses, real estate agents, and private customers alike.

With general condensation issues, it is recommended that you continually wipe up moisture sources, open a window (or put the bathroom fan on and wipe down the shower after every use), and place Pingis in enclosed locations where airflow is limited. These tips will all assist you to keep mould away. Please see our blog post on damp homes and the post on sources of moisture and mold for further information.

Why is mould a problem?

Mould becomes an issue when it is present in large quantities and is visible. Indoor mould growth is unsanitary, undesirable, and can make you very sick, requiring you to eliminate excess moisture and remove mould using the tips outlined below. Mould will also grow after 24-48 hours on a suitable wet material. The main reason why moisture and mould are a problem is that mould exposure has many negative effects on your health.

Mould can also induce hay fever-like symptoms and dermatitis. Other health problems associated to mould exposure are nosebleeds, body aches, fevers, memory problems, mood swings, and depression. Additionally, mould can cause serious lung infections in those with a compromised immune system and has been linked to hypersensitivity pneumonitis.

Another key problem is that it can cause asthma attacks and has been linked to the worsening of asthma symptoms or other allergies according to research. The key to preventing asthma being triggered by mould exposure is to make sure that indoor moisture levels are kept under control throughout your house and ensure all rooms are well ventilated (see our blog post on indoor air quality for more information).

Groups of people most at risk of developing more severe symptoms when in contact with mold include those with existing respiratory conditions (eg. allergies, asthma, chemical sensitivities), those with weakened immune systems, infants and young children, and elderly individuals.

How can you get rid of moisture and mould?

First, you will need to identify the source of excess moisture. Removing causes of water ingress and setting the house up for less condensation accumulation will go a long way to reduce mould incubation. Cleaning the mould but not fixing the water problem will most likely result in the mould returning. According to thehelpfulengineer.com, there are two main solutions to the problem, based on whether the mould is associated with building use or building defects. Some tips suggested include maintaining reasonable heat levels, limiting internal clothes drying, limiting the use of gas heaters, using the fan whilst taking a shower/bath, and using a dehumidifier.

Where the mould is as a result of building defects, it is suggested that water remediation experts can help remove the moisture and mould.

Pingi recommends the following quality companies who specialise in water and mould restoration:

You can also use a dampened cloth and soapy water to physically remove mould. We strongly recommend that you wear a protective mask or respirator, disposable rubber gloves, and clothes that can be washed straight away, as you will be exposed to mould and chemicals in the cleaning process.

Most commercially available mould killers use bleach as an active ingredient but experts remain unconvinced that these products are effective in removing mould. Bleach also has a short shelf life and loses potency quickly, thus lowering the effectiveness of the product.

A superior solution to removing mould is using vinegar combined with a few drops of clove of oil. It is crucial to not spray any water based solution onto mould as this has the effect of dramatically multiplying mould spores and causing them to become airborne. Putting your cleaning solution directly onto a micro-fibre cloth and physically removing with the dampened cloth will remove far more mould spores and remove them permanently.

Ultimately, whilst it is possible to clean a big proportion of your home, it will be necessary to use PINGI Rechargeable Moisture Absorbers as they will absorb excess moisture and keep mould incubation at bay. These products can be positioned virtually anywhere, as they do not leak and require no refilling. Just recharge them in a microwave oven and use when required!

Please have a look at how we approach our online customer service and sales. Our products contain silica gel pellets, making them safer to use and will not leak, making them superior to other dehumidifying products.

Order your Pingi at our Shop today! 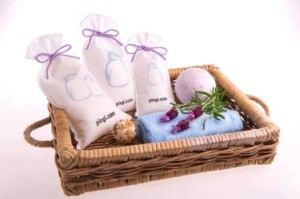 We have added two oustanding San-Air mould removal products to our website. Click and the links and it will take you to their shop page:

For additional information on mould removal on:

Use dehumidifiers/moisture absorbers for drying:

Our products contain Silica Gel. More data on this ingredient can be found on Wikipedia. We recommend also having a look at: http://thehelpfulengineer.com/index.php/2010/10/mould-in-houses-causes-and-solutions/

Very handy additional advice on getting rid of mould is found at:

All PINGI products can be used again and again without the need for refills. When the product is saturated, the indicator changes to pink. Recharging occurs in a microwave oven (600W) for the time as specified on the individual PINGI package.PINGIS can also be dried in the sun but this takes some hours.